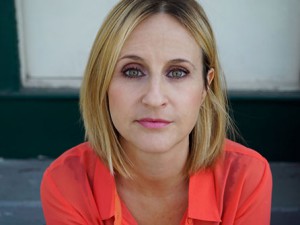 Stephanie Soechtig (@StephSoechtig) is an award-winning writer, producer, and documentary film director. Her most recent film, Under the Gun, received a prolonged standing ovation when it premiered at the 2016 Sundance Film Festival. EPIX acquired the award-winning film, which critics called “masterfully crafted” and "the best film on firearms since the 2002’s Oscar-winning doc Bowling for Columbine.” 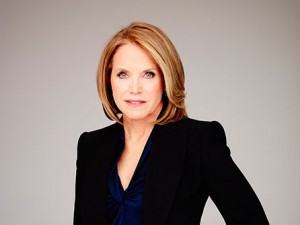 Mark Monroe is an award-winning documentary filmmaker whose theatrical writing credits include: FED UP, The Summit; Who is Dayani Cristal?, Sound City, The Cove, The Tillman Story, Chasing Ice, Stolen Seas, Last Play at Shea, Once in a Lifetime: The Extraordinary Story of the New York Cosmos, Amazing Journey: The Story of The Who, and writer/director of Morning Light. Currently, Mark is working on Academy Award winner Louis Psihoyos’ follow-up film to The Cove, Another World, a film about the Occupy Movement, and Mission Blue, a film about legendary oceanographer Sylvia Earle.

Olivia Ahnemann has been producing and directing documentary films for the past 18 years. Most recently, she produced Racing Extinction, a feature-length documentary that follows a team of artists and activists who expose the hidden world of extinction with never-before seen images that will change the way we see the world. The film premiered in 2015.

Olivia was co-producer of The Cove, which has garnered over 70 awards globally, including the 2009 Academy Award for best documentary and the Producers Guild of America documentary award. The film brought worldwide attention to the annual dolphin drives in Taiji, Japan and high levels of mercury in seafood, man’s primary source of protein.

Television credits include programs for National Geographic, PBS, A&E, and Discovery. Olivia has contributed to several independent films, including Enlighten Up!, which had a nationwide theatrical release in 2008.

She lives in Boulder, Colorado, with her husband and daughter.

Josh Kunau studied law at Thomas Jefferson School of Law, and after working as an attorney for a number of years, he decided to follow his love of film and his desire to bring forth issues of truth and justice. Josh’s introduction to production began with the award-winning film, DIVE!: Living off America’s Waste, which won awards at 22 film festivals around the world.

Following DIVE!, Josh began producing the critically acclaimed and highly contentious documentary, GMO OMG, which premiered at the Berlinale Film Festival and was released in theaters across the country. During that same time, Josh worked on a number of independent projects designed at creating change, which included a series of celebrity PSA’s for the Environmental Working Group and Prop 37 in California.

In addition to producing films about which he is passionate, Josh also started the company, Roots Productions, with his producing partner, Jill Howerton, where they focus on creating films and television shows that will have a positive impact on social issues around the world.

Josh currently lives in Denver, Colorado, with his wife, Kate, and daughter, Olive.

Kristin Lazure was a producer on Under the Gun, with a concentration on research and development, as well as expert and character interviews. Variety said the film “potently combines statistics, expert commentary and personal stories into a well-researched and easy-to-consume piece of nonfiction filmmaking.” In addition, she spent time in the field and worked extensively on outreach and the film’s social action campaign.

Kristin co-produced the critically-acclaimed documentary, Fed Up, focusing on securing and producing on-camera expert, political, and high-profile interviews for the film.

Both Under the Gun and Fed Up were official selections of the Sundance Film Festival, in 2016 and 2014, respectively.

Before joining the Atlas Films team, she spent almost a decade at the Fox News Channel, producing interviews with presidents, policymakers, and newsmakers. During her tenure in the cable news industry, she worked on multiple investigative reports, including an award-winning piece on the 9/11 charities. Before leaving FNC, Kristin spent several years senior producing the O’Reilly Factor, the network’s #1 rated show.

She is currently working on the development of multiple Atlas Films projects. She is based in New York, where she lives with her husband and two young children.

Originally from Cincinnati, Ohio, Brian Lazarte is a Los Angeles-based filmmaker and documentary editor. His credits include a variety of award-winning documentaries and series. Most notably: Fed Up (Sundance 2014), Katy Perry: Part of Me 3D, HBO's Emmy award-winning Sonic Highways and Showtime's Time of Death, which won IDA's Best Limited Series in 2014.

Brian has also worked as an additional editor or consulting editor on several other films, including ESPN's Emmy award-winning Hawaiian: The Legend of Eddie Aikau 30 for 30, Alive Inside (Sundance 2014 Audience Award) and Under The Electric Sky (Sundance 2014).

A recipient of the Panavision New Filmmaker grant, Lazarte has additional credits in writing, producing, and directing. His work has been seen over the last 10 years on major networks, including NBC, ABC, FOX, TNT, PBS, Animal Planet, OWN, MTV, and VH1.

Josh Salzman made his mark in 2005 with the documentary Time & Tide. Shot and co-directed with his wife, it went on to play festivals worldwide and win several awards. It aired on PBS, and continues to screen in conjunction with environmental awareness events. In 2015, they made the short film Just Breathe, a poetic short documentary about children’s use of mindfulness to handle their emotions. The film toured the festival circuit and aired on Oprah’s OWN in April 2015.

Josh now bounces back and forth between the worlds of commercial and documentary production. He has lensed several successful commercial campaigns for companies including Ford, Bank of America, Pepsi, Intel, Sprint, and Nokia. He shoots for several acclaimed documentary filmmakers such as Stephanie Soechtig (FED UP), Stacy Peralta (Dogtown and Z-Boys), Steve James (Hoop Dreams), Barbara Kopple (Harlan County, USA), Jessica Yu (In the Realms of the Unreal and Last Call at the Oasis), and David Gelb (Jiro Dreams of Sushi).

Current documentary collaborations include Angela Boatwright’s Los Punks: We Are All We Have. Recent projects include Leslie Chilcott’s CodeStars, and Parris Patton’s documentary No Room for Rock Stars.

Josh lives in Venice, California, with his wife and co-conspirator Julie, their intrepid 7-year-old boy Miles, and their two adoring chocolate labs.

Regina K. Scully is the Founder and CEO of Artemis Rising Foundation, a philanthropic organization dedicated to developing and promoting media, education, and healing projects that transform our culture. Ms. Scully also is the Founder and CEO of RPR Marketing Communications, a premier Public Relations Agency, NYC, specializing in exclusive consumer products and brands. Ms. Scully is a social entrepreneur, education and media activist, and documentary filmmaker. She is one of the leading communications and media consultants in the country, speaking at schools, conferences, and companies around the world.

Ms. Scully is the Academy-Award nominated producer of The Invisible War, the powerful 2012 film about the epidemic rapes of women and men in the military. The Invisible War won the 2012 Sundance Audience Award.

Ms. Scully, a three-time Emmy Award-winning producer, has served as executive producer on a number of other films: MissRepresentation, The Hunting Ground, Alive Inside, Dreamcatcher, Prophet’s Prey, and FED UP.

In addition to filmmaking, Ms. Scully is deeply passionate about education reform and has helped launch and support some of the most successful inner city charter schools in the country: the Success Academy Schools in NY (www.successacademies.org) and the Making Waves Academy Schools in Northern California (www.makingwaves.org).

Michael Walrath founded Right Media in 2003. He was CEO of the company before its acquisition by Yahoo! in July 2007. Guiding and following through on Right Media's vision to create a more open, fair environment for online advertising, Mike helped to transform the industry and introduce a new sector: the exchange marketplace. The Right Media Exchange's 145+ members-advertisers, publishers, networks, and technology providers have an equal opportunity to connect directly to new partners, trade more efficiently, and bring a new level of control to their businesses.

Mike was awarded the Ernst & Young Entrepreneur Of The Year® 2007. He spends his non-business time enjoying his family and an occasional golf game. He has a B.A. in English from the University of Richmond.

Michael co-founded Atlas Films in 2008 with his wife Michelle and Stephanie Soechtig, with the goal of creating entertaining films with social messages.

Michelle Walrath is founder and executive director of the Walrath Family Foundation. The foundation is dedicated to having a positive impact on our environment, and furthering awareness of conservation and sustainable practices.

The foundation considers the social, economic and health impact of environmental issues, with a special focus on children's health. It seeks to help make a difference through education, awareness. and direct support of organizations committed to the same issues. In addition to her work with the foundation, Michelle is an active member of the community at Holy Child Academy, where her children attend school. Working with a group of dedicated parents, Michelle has helped implement many green, child-safe initiatives at Holy Child.

Michelle has a Masters degree in elementary education and an undergraduate degree from the University of Richmond, where she was a double major in health and women's studies. She also earned a yoga teaching degree and teaches children's yoga classes.

Michelle was born and raised on Long Island, where she lives with her husband and four children. As an avid yoga practitioner and environmentalist, she uses her time to teach her family and friends about the importance of our health and the steps we can take to improve both our world and our lives.

Michelle co-founded Atlas Films with her husband Michael and Stephanie Soechtig with the goal of creating entertaining films with social messages. Michelle blogs at: Dreamingreen.wordpress.com.